The journey so far through Bobo’s eyes…

Dobry den….greetings from Czech Republic where am happy to be back again curtesy of my wonderful host Fobal Pro Rozvoj. As I was in the plane on my way here, I was not thinking of how my stay would be and the type of people I would be meeting and mingling with since I already had a clue from my previous visit and stay but was mostly thinking on how similar the challenges we the youth face despite coming from two different continents.

After landing and worm welcome from Rosie, it was time to hit the road and join some of the previous Fotbal Pro Rozvoj Ambassadors who had come together to participate in a football tournament in Hradec Kralove. That night was really amazing as we had to catch up and refresh our different experience from the different campaigns that we had attended and for me it was a good bonding activity having met all of them for the first time except our team leaders Stepan and Ansley.
By morning, we were already a team and went to the tourney with much energy and to be honest, based on the quality that we had, it was not a surprise for me when we eventually won the tournament which again was my first trophy of the season and in Europe….what a classy welcome to Czech.

Policka was my next stop, a new region for me and for sure, from the stories I had heard from colleagues whom had previously visited the region, it didn’t disappoint. I spent the week visiting, training and conducting workshops to children in schools and a football club as well as having discussions with very able workers and my host Petra at Pont polis, a centre that positively engages young people in many ways. Part of the trainings included using football to solve the challenges that the young people faces including (Re) Building trust, communication, teamwork, respect among others while workshops were more on sharing about my home Mathare.
Training a professional football club on football drills and eventually playing football3 match was touching to me as all their coaches and the parents who had brought their kids for training congregated to see this unique way of playing football where football skills were not emphasized on rather than the players different abilities to communicate and cope with their social challenges through football.
Policka is a very beautiful region and after working, I had some time to tour their historic sites including Hrad Svojanov.

As weekend was approaching, so was Ostrava calling. Stramberk was a good getaway after a busy week and together with young leaders from SVC Ostrava Zabreh and Charita Ostrava we spent the weekend doing football activities and drills that again address the social challenges that they face. We also had some candid talk as most of them were knowledgeable on activities and what we do at Fotbal Pro Rozvoj. What was unique this time round was that we had a member from streetfootballworld network partner Mr. Heang from Football for Life In Cambodia joining us. In Stramberk we also had a chance to visit and see their beautiful Hrad Stramberk, square as well as take a walk through the forest where we did some cultural sharing right in the middle of the forest before embarking down. I have to mention that this weekend was one of the rare to me as I had to wear my other cap be a Chef. With the help of my Cambodia friend Mr. Heang, I prepared a Kenyan meal of “Chapati Madondo” to the Czech and they truly enjoyed it. As we were walking down from the mountain to the Nadrazi, I realized that the weekend was over and was now looking forward to Prague where I had only passed by.

In Prague I was warmly welcomed by all the staff at INEX and especially Kacka who is our PR and Media relations at the project Fotbal Pro Rozvoj. I joined the team for their weekly briefings and thereafter was on the road again and this time to Usti na Laben for more football trainings and workshop with the local community - the kids of the organization People In Need. Playing football3 was fun at Usti and I was happy to see that children their already new about the f3 concept. What was special about Usti is that the fun did not end with the football3 match but doing some “spekacky” at the fire which is always my fun.

Back in Prague I had also a chance to engage kids and coordinators from HoPo and was again fun to play some more football3
It would be ideal to mention that apart from the football activities and drills, we usually ended the sessions with a football3 match which to some was a new experience while for others it was reinforcing the values through football3 more importantly enhance the life skills rather than the football skills. 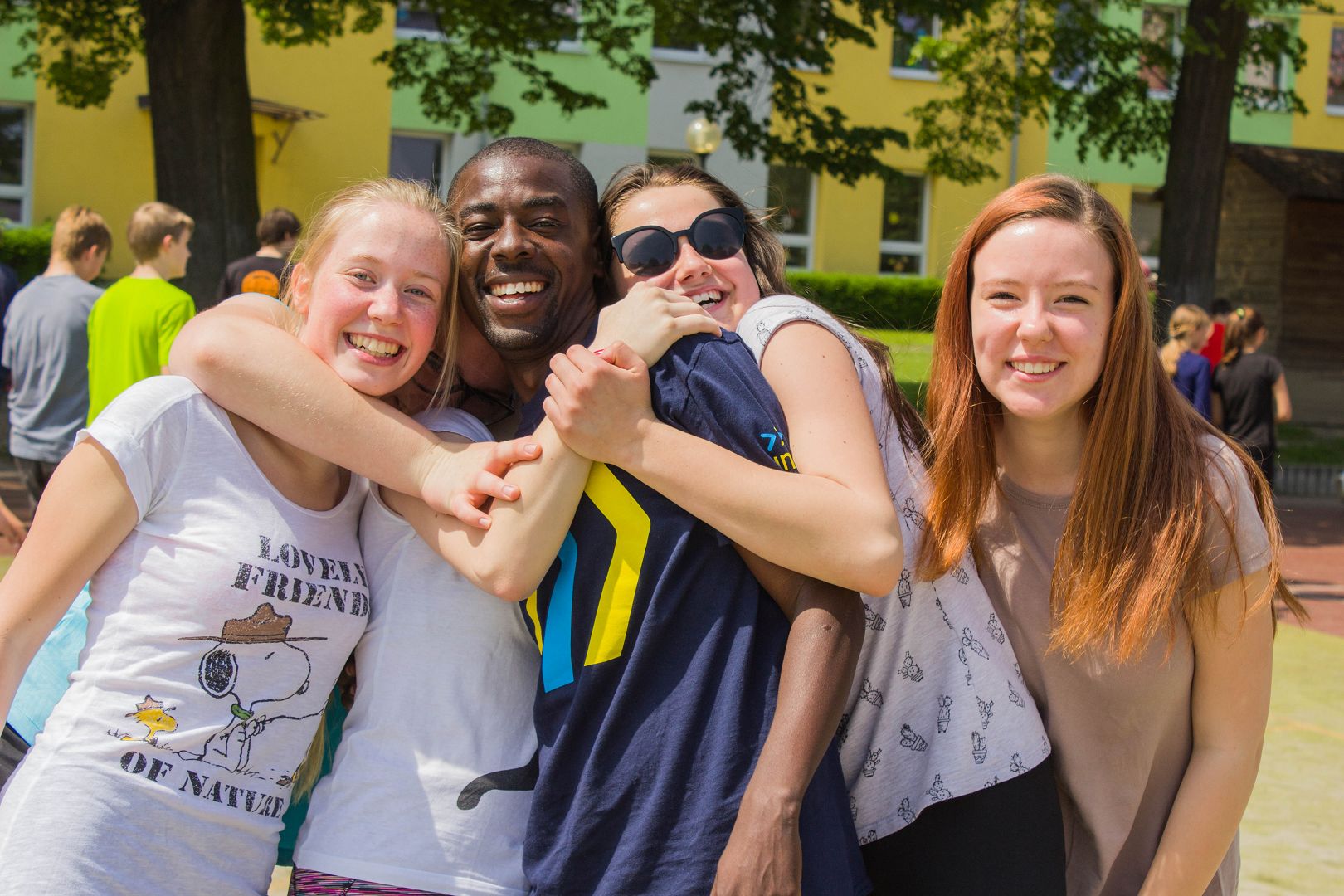 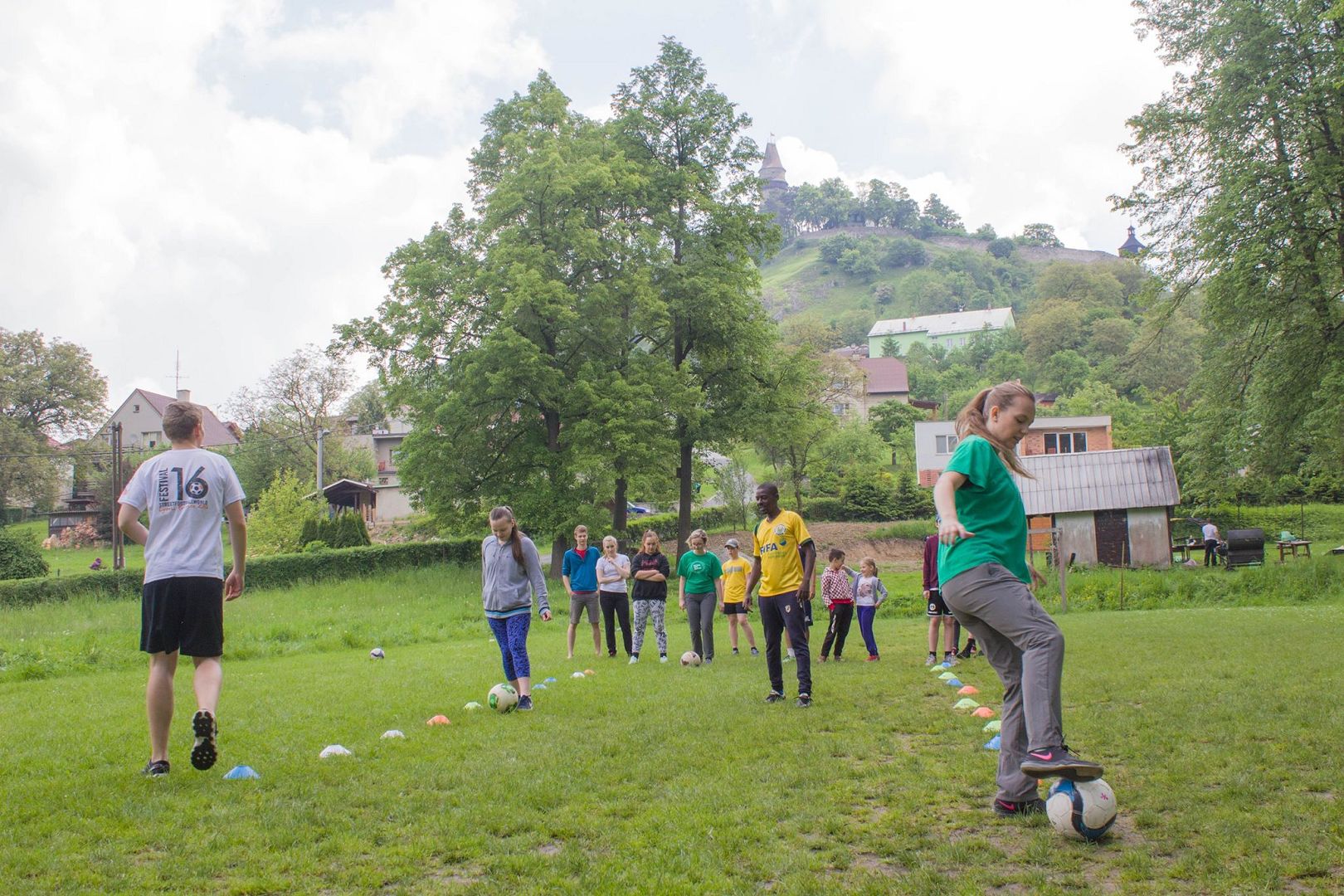