As promised by the beginning of our training in Hlasnice, we arrived in Ostrava brimming with energy and excitement, which we were able to convert into successful campaign days! The official kick start of our campaign had the pleasure to take place with one of our most recent partners: Centrum pro rodinu a sociální péči. The centre is an NGO based projects that dedicates its work towards the inclusion of mentally and physically disabled community members. Among the numerous activities they propose, never did they expect to meet and play football with our international team. Our time in the centre flew by swiftly, accompanied by the harmony of Swahili songs, football themed theatrical performances and football games. All armed with wheel chairs, we got a chance to experience the physical barriers these community members face daily, as well as chase a football ball together all to score a common goal against discrimination and ostracization. Smiles and lessons were abounding on that warm Monday of June.

As our first day of the campaign and our absolute first work with disabled community members, never did we expect such a powerful response, such a potent connection. The closing down of the activities led to a long discussion with our newly made friends. A few words of one man in particular shook us to our cores. He thanked us deeply and honestly for our work there. He said his day had started lethargic and would have probably ended so hadn´t it been for the energy and optimism we had kindled in him. His curiosity in regards to Kenya, to Cambodia and to the world sparked a new light in him, and for which he said he will be forever grateful and shall forever cherish.

Days such as these, and the ones following with the Roma community or at the Charita Ostrava centre, remind us, as a team, that football is not just a game; that through the power of football together we can ignite change, whether on a more local level or personal level. The ball we kicked these days was a ball against racism, against exclusion. It was a ball we kicked in private as well as in public, while spreading our voice and involving as many people as possible during the fun Action Day in the main square in Ostrava. Indeed, invited as a participating NGO during the fair ´Lide Lidem´ (People for people) we had a chance to show cast a merged Kenyan-Czech dance on stage in order to draw the crowds´ attention towards our stand rich in football drills and juala (African makeshift balls) workshops. So far development is still leading the game 1-0, and we will see you soon in Prague! 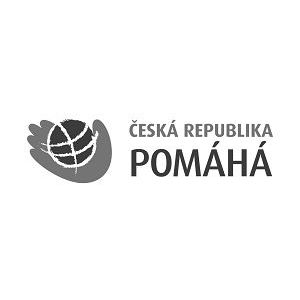